The following are additional excerpts from the book Tawantinsuyo 5.0 (which I recommend buying and reading) by Alonso del Rio. I first heard about Alonso from my friend and teacher, Maestro Abraham, who told me that Alonso had helped him greatly when he made his own pilgrimage to the medicine world of South America some 19+ years ago.

Maestro Alonso del Rio first drank ayahuasca in 1979; spent 13 continuous years in the Amazon undergoing shamanic plant dietas while apprenticed to Shipibo Onaya (healer) Benito Arevelo; then moved to Lima where he conducted his own ceremonies for the next 10 years. He is now based in the Sacred Valley of Peru and has more than 41 years of full-time experience working with this sacred medicine.

Ayahuasca taught me that to be a true guide of ceremonies, I should not follow the path of being, but of not being. I understood that the more I would want to control a ceremony, the worse it would be. The path was the other way around: in each ritual, to gradually reduce the ego a bit more each time and in this way make it disappear.

This is what the medicine wants, not a great personality that ‘is’, but a tiny ego that does not get in the way. Let the medicine work, let the medicine heal, it is the meaning of being a true channel. To know the exact moment to disappear and let her take control. In this path you have to be less in order to be more; if you want to advance, first you have to move backwards.“

In this time everybody wants everything fast and this path is not like that. A sacred path is for life and it can take 30 years to simply discover that you don’t know anything. So when people come and ask me to teach them, I ask them if they really have time to learn, because many of them imagine this can be assimilated like a technique and in a few months they will travel all around the world conducting ceremonies and getting rich doing it.

When someone asks me to teach them the path of medicine and tells me they want to conduct ceremonies, I tell them that many years could go by from the formal request until I could give them the blessing to do it. They look at me then like saying: ‘why so long?’ and they go search for someone else that will initiate them as shamans in three months.

There are those of us that followed the teachings of a master for years —traditional training, fasts and months of dieta— and those who took the three-month course. However, the medicine is so generous that it allows healing to arrive through these not so clear channels to many people because there is great necessity.

Even so, it is pathetic for these reckless people, because there is not a more disagreeable and precarious role than that of an imposter.

The image of people invited to a very beautiful house comes to mind. The guests are received by someone elegantly dressed who invites them to come in, they praise the house and ask him if he is the owner. He replies with a smile, he does not say yes or no but intentionally lets people believe he owns it. The beautiful house is the house of the grandparents, the tradition. The person receiving them is the guide of the ceremony, the doorman. He is just the caretaker, not the owner.

On the other hand, the short-sightedness of those that do not see the importance of belonging to a tradition, of feeling grateful and protected by being connected to a true lineage, it is but a typical expression of the Western mind whose understanding about it is practically non-existent.

As much Ayahuasca as they drink, they will not change if they do not learn that the number one lesson is respect.

Someone trained in a sacred path does not pull a leaf without asking for permission, does not collect a stone without thanking, does not take a life if it is not necessary and if it is, he prays a lot for that life. He does not take over rites and instruments or sacred songs without having received permission.

To be free and transform ourselves we have to first recognize and then dissolve the mental patterns that condition and limit us. According to our tradition there are three ways to achieve this.

It is amazing to see how many times we contemplate the truth like the noon sun and moments later we move away and we fall under a layer of clouds when we are not able to hold our clarity. Even the slightest descent of our consciousness is natural, lets try not to justify ourselves or hide behind any sophistry. Lets surround ourselves with symbols that permanently remind us of the purpose of life.

The whole secret is in the memory and in this case memory is consciousness. Without memory we are nothing and we do not even know who we are. Lets not forget to wonder every single day: ‘Who am I?’

There are many emotions and they are just in the mind. They are just the diversity. The feeling is just one and it is love. One heart. Lets remember it is good to think once in a while, but let us never stop feeling. We are beings made to enjoy simultaneously. I think and I feel, there fore I exist. Existence, love and consciousness are the three threads with which we weave our life.

The problem is not making mistakes; there is nobody that does not make mistakes. The biggest mistake is in not wanting to recognize them. We only have one time to realize. Our greatest enemy is within ourselves and it is called self-deceit. Lets be impeccably honest and get rid of self-deceit. The wheel turns, lets use it, lets transform ourselves.

Good cannot be imposed like the wicked impose evil. We cannot obligate anybody to follow the path we believe is correct. We can only sing a sacred song and let it resonate in the hearts of those that have enough light to recognize their own path. This is my song. 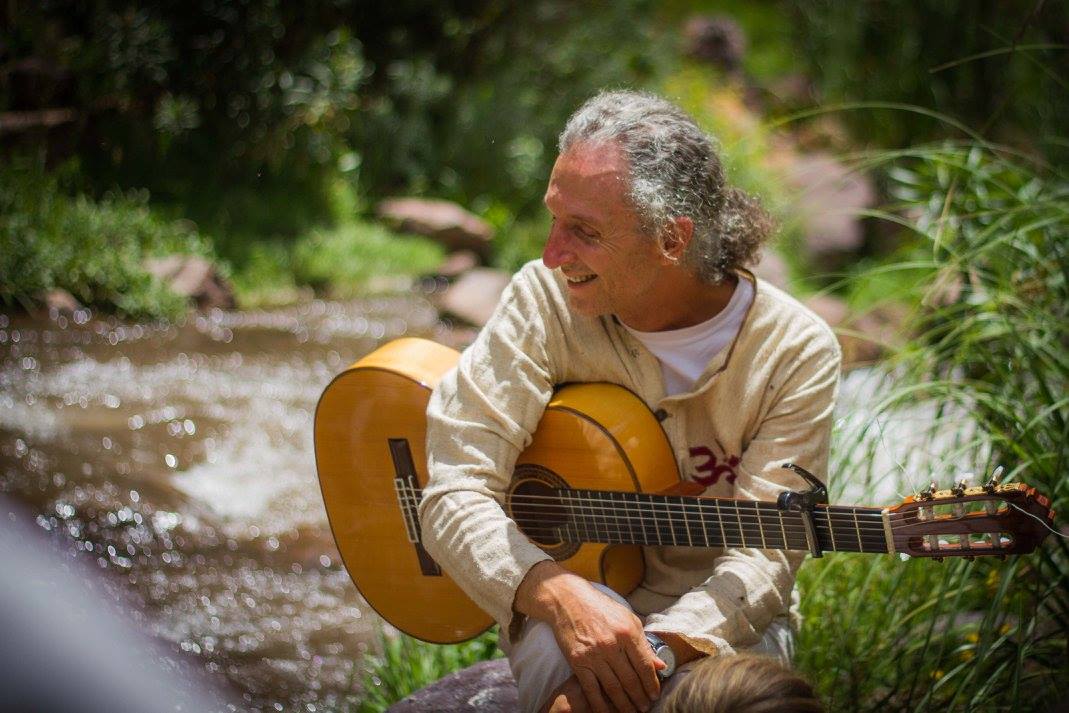