“The first year I was dieting with Pascual, it seemed like I was dieting nothing, I was just drinking the medicine. I was allowed to eat everything I wanted (besides the pork, alcohol, and not having sex – the three basic things).”

“Pascual would tell me: “Eat, eat, you need fuerza in order to learn.” I can even remember eating chicken before going to ceremony with him. For a few years, it was like this with him.”

“But I was seeing many people going to different maestros, doing very strict diets, drinking their plant teas, and at some point, I started to think: ‘Is he fooling me?'”

“On the other hand, I realized he was not fooling me because I was seeing shifts in my life, in my mareacion, things were coming, things were happening. But still I had to double-check to see if it was really a dieta that I was doing with him.”

“I then heard of a another maestro of Noya Rao. I went to meet him just to double-check and make sure I had a proper dieta of Noya Rao with Pascual. When he looked at me during the mareacion, he told me: “Your Noya Rao is fine. It is not complete yet, you need to keep dieting. You have been dieting with Pascual, and I can see that it is there.”

“I remember I used to ask people: “Why are you not dieting with Pascual?” Because everyone was going to his brother, to other relatives of his. What I felt was that they could not really see what was behind Pascual.”

“Pascual was really strict in his own way. He operates much more like a doctor than my other maestro. He very much sings into the body, the blood, the organs, to clean the microbes, to re-adjust the blood, like a proper operation. That is what I loved learning from him. My dream as a child was to become a surgeon and my time with Pascual was like attending proper school of surgery.”

“I also saw amazing things happen with Pascual during the daytime. People coming to him with snake bites, Pascual singing, and seeing the snake bite disappear before my eyes.”

“My wife was with me once, who is a nurse, and they brought a kid to Pascual who my wife thought was dying, near death. The kid had a high fever, shivering, looked like a corpse, so they put him on the carpet. We then had an ayahuasca ceremony. Pascual started to sing to the kid during the ayahuasca ceremony, and right after the ceremony, the kid stood up, ran out of the maloca, as fresh and healthy as ever. When my wife saw that, she said “Okay, now I believe.”

“At some point, I remember Pascual explaining to me that the physical trees (near Iquitos) that had been discovered and that they believed to be Noya Rao, was actually not Noya Rao. The Shipibos can be very tricky as you know, so we do not really know the real story about those trees near Iquitos.””According to Pascual, those physical trees are a “type” of Noya Rao but not the “legitimate one.” Pascual said to me: “Those trees are to learn from but they are not to become a meraya.” They are a good apprenticeship tree however. It was still really important for me, during my early years of dieting Noya Rao, to smoke the leaves from those physical trees. It is like going to Church and receiving the body of Christ through the bread. It is symbolic but a symbol can be effective.”

“After several more years of dieting with Pascual, I now know for myself that those physical trees are not the wind of Noya Rao that I received through Pascual. Pascual gives you the air of Noya Rao when you diet with him.”

“But what is Noya Rao really? It is all things, all trees, that is what has started to emerge for me more and more. Noya Rao is ultimately a great mystery, and for me, has been a surrendering of myself to the grace of God, than the accrual of mariri or force that curanderos who diet physical trees and plants undergo through long dietas.”

“Now that Pascual has passed, I honestly do not know how someone could diet the air of Noya Rao. I guess there can be different ways to reach the same grace.“

“Because Noya Rao is a word to describe a grace. My other maestro says that some people diet it for years and years, really want it, but it does not come. Why? Because it is a mystery.””When Noya Rao comes, things are just revealed. It truly is el camino de la verdad (the path of the truth) and la luz del mundo (light of the world). In the tricky world of medicine, there are many lights that can be called. But the light that reveals all things can sometimes be hard to take, which is why it is also a hard dieta.”

“We also have to distinguish a bit between consciousness and the work of a medico (doctor). In terms of the cura (healing), Noya Rao allows for healing in the spiritual and emotional levels, and it really helps with healing of the physical body. But of course, all through the grace of divinity.”

“Putting the medico aspect aside, there is that non-describable point where all traditions meet, yet is beyond all tradition, beyond all form. It is what it is. I believe the Tao Te Ching by Lao Tsu describes it the best. I guess you could call this aspect of the path as Tao Rao (laughing).”

“At the end of the day, I believe the path of Noya Rao is to love God, to realize God, through devotion. It is a devotional path. Many people will of course ask: “What is God?” But there is no way to describe that. It is something that just is. When you are in the presence, you recognize and know.” 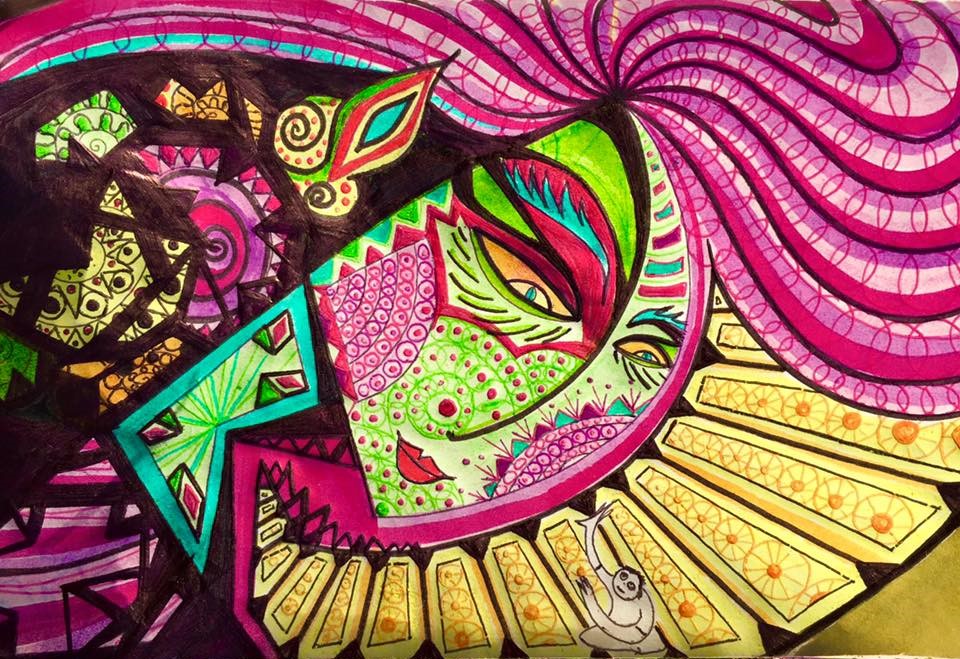