“When you see and feel Christ Consciousness in others, it is because it is within yourself as well.”

“At some point in his life, Shipibo Maestro Pascual Mahua became very sick. Nobody could cure him. Not his father nor his brothers. He was close to death. He told me he almost died three times in his life; and it was during the third time that he had a life-changing dream.”

“In this dream, he was told that he had to go to church and meet Christ. I do not know if this was an “inner church” he went to or an actual physical church. When he did, he received an enlightenment from Christ that saved him from the disease he was dying from.”

“Christ told him that he must give up the traditional Shipibo medicine that he was carrying, perhaps because it had been used in a way that required it to be cleansed or purified. He was told in this dream that he could only keep Noya Rao, his singing, and his massage. He was also told that he would heal people with just his singing, his massage, and his connection to Noya Rao and Christ.”

“Interestingly, I only did one Noya Rao dieta with Pascual’s brother Benjamin. But during that dieta, I remember Benjamin telling me that he would wake up very early in the morning during his own Noya Rao dietas and pray to Christ.”

“So that leaves the question…what exactly are we dieting?”

“The way Noya Rao grows in the body in the dieta way of Pascual is that it takes a few years after the seed sinks in, a cycle of 5 years to be exact, for the roots of Noya Rao to emerge from your body. And then, you start to slowly become the tree.”

“It is therefore a symbolic way to say that Pascual is the trunk of Noya Rao. Sometimes in the mareacion, when you strongly diet with Noya Rao, you see the merayas; their worlds; at times the trunk; and there were times when I saw the Noya Rao of Pascual.”

“And yes, he is the trunk of Noya Rao. When you see the tree, there is no word for it. It simply is.”

“But Noya Rao is not owned by him nor anyone else. We own nothing. Everything is given to us.”

“Noya Rao manifests as a way to elevate things to a certain point in ceremony, and from that point onwards, things happen in many forms. I suppose for the Mahuas, they elevate what they receive through their their lineage and tradition, through their Shipibo cultural conditioning, which they call Noya Rao. When Noya Rao opens, the merayas, the angels, they come; but at the end of the day, it is Noya Rao coming in different forms.”

“After five years of dieting with Pascual, I guess with my dietas, the coronas [spiritual crowns, received upon completition of a dedicated dieta], and the arkanas [energetic or spiritual “seals” of protection, typically received from a maestro or after a diet when one has “dieted well] that I received, I started to learn the real aspects of the work: what is curing, what is cleansing, being able to clearly see what is happening in the mareacion, how to sing properly so that it penetrates and heals. The medicine work that a curandero does.”

“A big shift in my life also began when I started to become mareado during the daytime. Sometimes, Noya Rao would open in the daytime, and this was very disturbing for me for many years. But I eventually started to use the mareacion in my massage and therapeutic body work.”

“This is really what I wanted to learn from Pascual and a major reason why I continued going to to Peru for 3 months a year, year after year, for a decade. I wanted to help people in the daytime, my family, my friends, my clients; to be a practitioner of the cura [healing] and link that to my therapeutic body practice.”

“When I do a soplada [the healing breath of a curandero/a, typically performed with a plant-based perfume, tobacco smoke, or sepa smoke] on people during the daytime now, with people who do not know anything about plant medicine, it works really well. It works especially well with children, for example, when they cannot sleep well. I sing to Noya Rao, and I am transforming what I learned through those icaros, and transposing that learning to my work on the massage table during the day.”

“It does not work all the time. This cura is a gift of God, a grace, but it is beautiful to use that form during the daytime and not just during ayahuasca ceremonies.”

“If you want to develop the curing aspect of this path, I suggest continuing to do your dietas, but also, to work with your agua de florida by singing into it from time to time. Pascual told me many times that we do not need to drink ayahuasca to heal. He said he personally drinks ayahuasca to open his dieta, to see a little bit of what is happening in his dieta, and to close his dieta.”

“The wind of Noya Rao has nothing to do with ayahuasca. Of course, it links to it beautifully. It is wonderful to see so well, to purge, to experience those feelings in ceremony that are indescribable. But while drinking ayahuasca may lead to many visionary experiences, those experiences alone do not necessarily lead to transformation.”

“As curanderos, our sopladas, singing our icaros during the day, are sufficient to heal many things. I now see that the icaros that got developed within my body after all those years with Pascual, have become like a Swiss army knife. I use them for everything. I even sang to my massage table and gave it a protective arkana.”

“It sounds fantastical but this is the way I learned from Pascual: to never put any boundaries on what I can do with what I have received and learned.”

“I am not a maestro. God is the maestro.”

[Photo is of the late Shipibo Maestro Pascual Mahua] 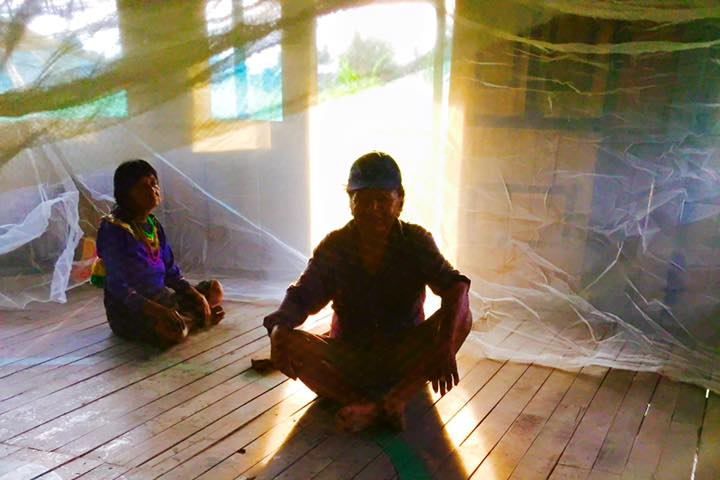